Do Macs get viruses? 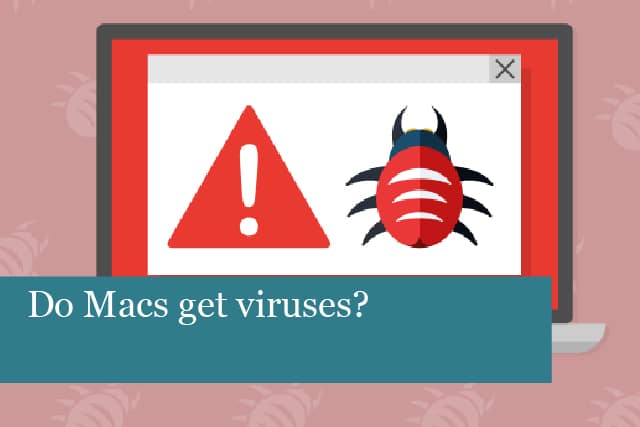 Are you considering the purchase of a Mac computer? Or are you already the owner of a Mac? If so, then you may be familiar with the fact that many Mac owners, and even Apple itself, have stated that Macs can’t become infected with viruses.

While that may have been the case in years past, these days Macs are also becoming the target of viruses and other computer attacks.

Historically, it is true that Macs have not been the target of hackers and malicious software. In fact, the platform seemed to be charmed in that attacks and viruses didn’t target these computers, as a rule. And even Apple declared their computers were immune to attacks, unlike their competitors, namely Windows PCs.

However, things are quickly changing in the world of Apple computer systems. According to a report by Malwarebytes in March 2018, malware attacks on Macs grew by 270 % in 2017! In the same report, Malwarebytes says that Mac attacks are going to increase in the coming years.

Why the Increase in Viruses in Macs?

For a long time, the most popular computers for business and personal use were Windows PCs. As a result, hackers and others focused on these systems, leaving Apple Macs relatively safe. This led to the mistaken claim and idea that Macs were completely safe from malware and other computer nasties.

However, the popularity of the Mac has grown in recent years. The increase in the number of Macs used worldwide has drawn the attention of those intent on causing mischief and theft with viruses and other attacks.

The Intent of Hackers & the Lucrative Business of Selling Data

The intent of hackers and others, who work through computer viruses and other forms of attack, is to gain access to business and personal information they can use for a profit. The plans may involve theft of sensitive information, money and more.

Sensitive information, such as login credentials and other forms of data, are put up for sale on the dark web. The business for this type of information is quite lucrative, whether it involves PCs or Macs. The data is valuable to sell or steal.

These days, we’ve also seen the rise attacks of cryptocurrencies, phishing attacks, adware and more. These types of attacks are not dependent on the type of computer system, making both Macs and PCs vulnerable.

One such security measure is the Gatekeeper; its purpose is to block software that is not approved by Apple. This type of software is not allowed to be installed, even with your agreement, if Apple hasn’t approved the program.

What’s the Problem with Macs?

Every device has its weakness; Macs are not without their own issues. One increasing common attack against Apple devices involves the use of a Trojan. This type of attack, named after the famous Trojan horse in the story of the Trojan War, resemble legitimate software that looks like something useful. However, these fake programs can work to steal sensitive information.

Trojans come to your computer via fake emails that look like they came from someone you know. Or they can be links that invite you to click through to buy something, see a photo, etc. It looks innocent enough, but in fact, similar to the Trojan horse in the story, they can lead you to unwittingly expose your sensitive data.

Another increasingly common ruse is through apps in the Mac App Store. You may find an app that looks inviting—just the thing you need. However, the app could be hiding a virus or other types of attacks. But doesn’t Apple have strict rules for apps in the app store? Yes, they do.

Apps in the Mac App Store must be digitally certified by Apple before they can be sold in the store. However, criminals can buy a legitimate copy of the digital certificate or even steal one. They then use this to upload their app to the app store. The app looks legit, but could be hiding a virus or other type of malware, while evading Apple’s detection.

How to Protect Your Mac

With the increasing threats against Mac computers, you may be wondering how to keep your machine safe. We’re put together a list of things you can do to make your machine safer and protect your precious personal data:

1). Avoid falling for the myth: don’t fall for the myth that Macs are safe from attacks. As you’ve seen, that’s just not the case these days.

2). Use common sense: don’t install an app that looks like it’s too good to be true. It may promise the world, but in reality, it contains a virus or other malware. Also watch for URLs that look different on the sites you normally visit, such as credit card sites, your bank, shopping sites, etc. If the URL ends in something other than what it should, do not go to the site. Otherwise you run the danger of your Mac becoming infected with a virus or worse.

3). Avoid clicking links in emails: if you receive an email from your bank or credit card, etc. go directly to the site, rather than using the handy link provided in the email. Hackers love to use emails to bait people into clicking links. The email may appear to be from your financial institution or from someone you know well, when in reality it’s from a criminal looking to infect your machine or steal data they ask you to fill in on a webform.

3). Keep your device updated: regularly install the updates as they come out from Apple. Many times these updates include security improvements, which are needed to keep your Mac safe.

4). Avoid public WiFi: don’t use public WiFi networks to connect to the Internet. Snoopers can easily steal your information, regardless of what device you’re using, whether it be a Mac or a PC. Instead, use a paid VPN service to keep you safe when it may be necessary to connect to public WiFi.

What about Mac Antivirus?

There are antivirus programs available for the Mac; however, you must be sure to only install those that are legitimate. Unfortunately, there are apps that declare they work to improve your Mac’s security; however, in reality, they are malware out to steal your data.

If you opt to install an antivirus program, look for well known apps from people such as Norton, Intego, Sophos, etc. Look for vendors who are known to provide excellent antivirus products, and avoid unknown players to keep your Mac safe.

Using some common sense measures can help to keep you and your Mac safe. Be sure to avoid apps from third-parties that are not approved by Apple, and it may help to install an antivirus to provide stronger protection against virus and malware attacks.

Working from Home? Here are 8 Tips to Help You Be Successful!

Top Tips on Using SharePoint Effectively in Your Company

7 Things You Can Do with SharePoint

Great Team, Advice and Solutions at a realistic price.